Corporate Due Dates… And spring (training) is in the air 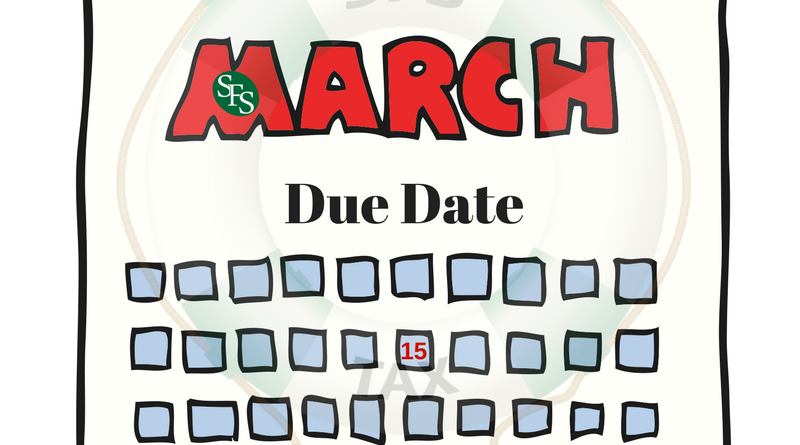 SFS Tax & Accounting2022-06-17T15:04:19-04:00
Well, my friends, it is now March, and baseball spring training is back in full (ahem) swing. Not sure why they still call it spring training since most of the time it begins in late winter, but I digress.
As most, if not all you who know Ali and me, know we are die-hard Yankee fans (some more die-hard than the other!). I have been a Yankee fan since 1963. My Dad, may he rest in peace, was a staunch Brooklyn Dodger fan back in the 30s, 40s, and 50s. Those of you who are old enough to remember 50’s baseball in NY recall that you were either a Brooklyn Dodger fan, a NY Giants fan (who played in upper Manhattan) or a Yankee fan (who played in the Bronx). My Dad couldn’t care less when the Giants left for San Francisco, but when the Dodgers left for LA (both in 1957, by the way), his heart was torn apart. He had no baseball to watch until 1962 when the Mets became the new 2nd team in NY.
For those of you who remember “that team” (and I am not sure we could call them a team), they lost over 100 games in their first couple of years. They were bad, really bad. When I became aware of baseball at the tender age of 5 or 6, I started playing little league with my Dad as my coach (ah, the memories). I had to select who was I going to root for, the “horrible” Mets or the Yankees with Mickey Mantle and Whitey Ford to name but a few? Of course, the Mick and the Chairman of the Board (their longtime nicknames) won out.
I have been a Yankee fan for all these years and Ali, being married to a baseball nut, had to become a fan or it was never going to work for us. And since I am such a catch (LOL!!!), she became a Yankee fan. The problem is that since Jeter, Rivera (her favorite player after Bernie Williams), Posada, Petitte and the rest of the players that she knew retired, she doesn’t know many on the team. It’s a learning curve for her once again but I love teaching her about the Yankees.
What does my reminiscing have to do to do with anything? Nothing, other than to remind you that the first due date of tax sEAson, is March 15th. Just a few days before spring begins on March 20. This date is the due date for all companies, LLCs or Incs who are S-corporations. It is also the new due date (since 2016) for partnerships (C-corporations are due on 4/17 this year).
The date is drawing near, and I wanted you to be informed. Please share the information with your associates, family, and friends who are active in a partnership as an owner/partner. The return is due in 2½ weeks unless they want to extend the due date.