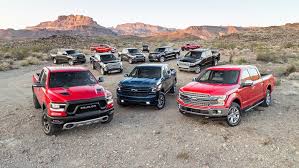 What can get truly ugly, my fellow taxpayers? A tax surprise!

In walked the IRS, and it denied the Section 179 deduction because Boyce leased the truck that he thought he purchased. The court ruled for the IRS.

The contract between Boyce and Dan Wiebold Ford Inc. was titled “Motor Vehicle Lease Agreement—Closed-End” and called for Boyce to

Factors Making This a Lease

The court noted that the attributes of a lease and a sale are often the same or similar, sometimes blurring the distinction between them.

In this case, the factors that persuaded the court that this was a lease were as follows:

Note. To claim 100 percent bonus depreciation, you likewise have to own the qualifying vehicle.

As you can see, there are times when it is difficult to classify a contract as either a lease or a purchase.

If you are thinking of leasing or buying with something other than a straight purchase and would like my help, please give me a call @772-337-1040

So until next time

Jeffrey “When is a Lease, Not a Lease” Schneider