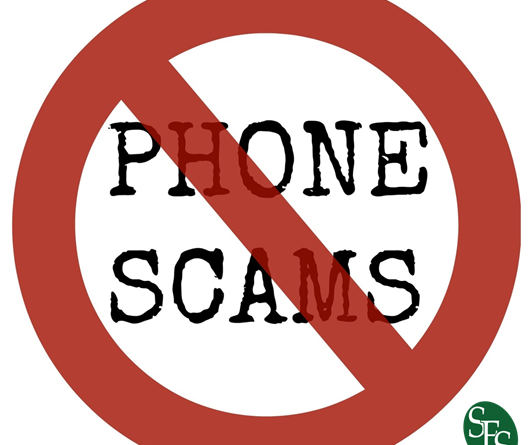 Over the past few days, a couple of situations occurred that I want to share with you. This is more of a “be forewarned” type of email.

Someone near and dear to me received a voicemail from an individual asking him if he had a particular model car. The caller began with – “there was an accident you were involved in and someone is going to die.” There were two problems; one the call came from an area far away from where this individual lived, and secondly, he did not own that model car nor did he ever.

It was a scary scam and I am sure that they would have wanted his credit card number or money if the call was returned.

The other situation is for folks that were originally from another country. In this instance, if you or someone you know worked in a foreign country and are now receiving a pension or some other type of retirement money, even in a foreign currency and if you left the funds in a bank in that country, the income has to be reported in this country.

Every citizen or resident alien (i.e., green card holder) has to report their income on a worldwide basis. The US tax system is one of the only ones that have this taxing regime. Most other taxing countries are Unitarian; meaning that they tax their citizens and residents on the income earned in that country. We do that to non-resident aliens. I will not go into the difference between resident and non-resident aliens; except to say that if you are here for many years, you are, most likely, a resident alien. In that case, you get a credit for the taxes paid in the “fatherland,” but you still have to report it here.

Not only that but if you have a bank account or a financial investment account in a foreign country and have $10,000 in that account, even for just a second, you have to inform the U.S. Department of the Treasury (not the IRS) via an information return. This was formerly called the FBAR (Foreign Bank Account Report), now it is called the FINCEN (Financial Crimes Enforcement Network). It’s filed electronically, but if you don’t and do not have a good reason not to file; and ignorance, though bliss, is not an excuse; they could penalize you for up to 50% of the account balance.

This is why I ask ALL my tax preparation clients if they have such an account and sign an affidavit stipulating whether they do or do not. The penalty on the tax preparer is also very high.

I should also mention the various scams that are ever-present in our daily lives, primarily as they relate to taxes and the IRS. I want to remind you that the IRS will not call you and ask for you to pay to taxes due via credit card, or ask for your banking information.

If you receive a call like this, be sure to get their employee number. It usually starts with 100 and has another 7 digits. If they hesitate, stammer or give you some other set of numbers, it is not the IRS and hang-up immediately.

On a rare occasion if the IRS does call, or they pay a visit to your place of business; chances of them coming to your home, unless you work out of your home are super rare; tell them that you are represented by your CPA or Enrolled Agent and call her/him as soon as possible. If you prepared your own return, still tell them that you are represented and call me for assistance.

Please be wary of tax scams and do not forget about those foreign accounts and income sources.

So until next time,