How We Wound Up with the Income Tax

Imagine a world without income tax; if you were an American citizen before 1913, with a few exceptions you didn’t have to deal with an April deadline and the IRS. Today, no one really knows how big the tax code is.

February 3rd is the anniversary of the ratification of the 16th Amendment in 1913. Its champion was President William Howard Taft, and its ratification was an effort to make sure more higher-income people paid taxes, and that the government wasn’t wholly dependent on tariffs and taxes on goods.

It wasn’t the first national income tax that was enacted. In fact, it was the third. But this third attempt had the power of a constitutional amendment behind it, and it’s still in force today.

The Founding Fathers and the generation of leaders that followed them weren’t big on the idea of an income tax. Tariffs and sales taxes helped fund the federal government in the early days. But the financial needs of the Civil War led to the first national income tax.

The Civil War income tax instituted by the federal government was one of several financing tools it used against the Confederacy. The government also issued bonds and used excise taxes. The Confederacy also had its own version of an income tax, too, which wasn’t as effective. The Union’s income tax went away during the period of Reconstruction, with the idea of an income tax returning two decades later.

Author John Steele Gordon wrote a short history of the income tax in 2011 for The Wall Street Journal, beginning with the Civil War and concluding with the 14th Amendment and its immediate aftermath. Steele says the combination of a huge government surplus and a heavy tax burden on consumers led President Grover Cleveland’s administration to pass a second income tax law in 1894.

“The new tax, however, was very different from the Civil War income tax, which had exempted only the poor. The new one hit only the rich, imposing a 2 percent tax on incomes above $4,000. Less than 1 percent of American households in 1894 met that income threshold,” said Steele.

The second income tax law was soon overturned by the Supreme Court in the 1895 decision of Pollack v. Farmers’ Loan & Trust. In a 5-4 decision, the court said the Cleveland income tax was a direct tax that violated a constitutional provision because it taxed interest, dividends, and rent. That act violated Article 1, Section 2 of the Constitution, which required such taxes to be imposed in proportion to states’ population.

By the time President Taft took office in 1909, the public outcry grew over a tax system that undertaxed the rich and overtaxed the poor. In June 1909, Taft sent a letter to Congress to lobby for the 16th Amendment. He explained that part of the Pollack decision allowed the federal government to levy a corporate income tax as an excise tax. “The decision in the Pollock case left power in the National Government to levy an excise tax, which accomplishes the same purpose as a corporation income tax and is free from certain objections urged to the proposed income tax measure,” he said.

The President then defined a basic two-tax system where income taxes were collected from citizens and businesses. He also understood that the amendment wouldn’t allow the Supreme Court to overturn a personal income tax based on the Pollack decision.

“I recommend, then, first, the adoption of a joint resolution by two-thirds of both Houses, proposing to the States an amendment to the Constitution granting to the Federal Government the right to levy and collect an income tax without apportionment among the several States according to population; and, second, the enactment, as part of the pending revenue measure, either as a substitute for, or in addition to, the inheritance tax, of an excise tax upon all corporations, measured by 2 percent of their net income,” Taft said.

Congress passed its resolution about the 16th Amendment a month later, but the amendment wasn’t ratified until early 1913, when Delaware became the 36th state to approve it. Incoming President Woodrow Wilson pushed for the Revenue Act of 1913, which included the income tax along with changes in tariffs.

The information contained in this article is courtesy of 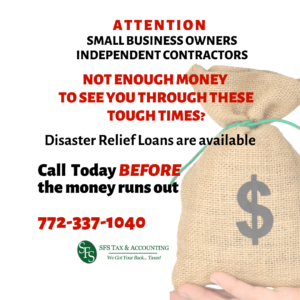