It All Started with Taxes: How A Giant Tea Party Led to Independence Day as We Know It

It All Started with Taxes: How A Giant Tea Party Led to Independence Day as We Know It. An SFS Tax & Accounting Blog.

Three ships – the Beaver, the Dartmouth, and the Eleanor – were moored at Griffin’s Wharf in Boston Harbor. They had just completed a long journey across the Atlantic.

Onboard was 92,000 pounds of tea in 340 chests… approximately 18.5 million cups of tea. All of it had been imported by the British East India Tea Company.

At about 7 pm on that winter’s eve, the Sons of Liberty, some disguised as Native Americans, approached the vessels. Led by Samuel Adams (yes, like the beer), they were about to carry out a protest.

These men from all walks of colonial life smashed those chests open with axes and dumped all of that tea into the Boston Harbor.

The ships themselves were built and owned by American colonists, but the tea? It was all British.

That’s why the Sons of Liberty were very careful not to cause any damage to the ships themselves.

In fact, once the protestors offloaded the ship’s cargo, they carefully swept the decks clean. They also put anything that had been moved back into its place. A padlock that belonged to one of the ship’s captains and had been broken was replaced the next day.

The stench, though, hung around for weeks.

The anger of the British upon hearing of the destruction?

That lasted for quite a bit longer.

In fact, the British shut the harbor down until all 340 chests were paid for.

So What Was the Point? (Hint: Taxes)

The Boston Tea Party was really the first protest in American history.

At the time, America was a colony of Britain. The colonists, though, did not have any representation in Britain’s parliament. However, they were still being taxed. Therefore, we have the “no taxation without representation” battle cry.

That’s not the only reason though.

On May 10 of that year, the British parliament had enacted the Tea Act. This allowed the East India Company to import tea to the American colonies… without paying any taxes. Therefore, the company could sell their product at a lower price than local merchants could.

This sparked resentment in the American colonists, as well as a growing desire to act on that feeling.

The Sons of Liberty had organized to protest British rule. In addition to their leader Samuel Adams, more famous names were included in this group. Among them were John Adams, John Hancock, and Paul Revere.

Already, in three other colonies, protestors had prevented the offending tea from being unloaded. However, the governor over Boston refused to let the tea return to Britain. 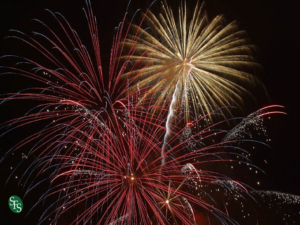 The impact of the Boston Tea Party was enormous. Britain passed a cascade of punishing legislation in response to it. This, of course, only served to outrage Americans even more.

Eventually, these events led to America’s signing of the Declaration of Independence on July 4, 1776. They also led to the American Revolution, a seven-year war that started in 1775, which eventually gave us our actual independence from Britain.